Are you looking for a partner within the EU? Please contact our representative office!⇒ 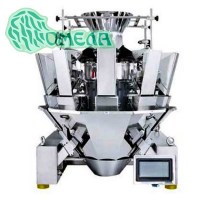 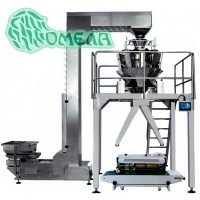 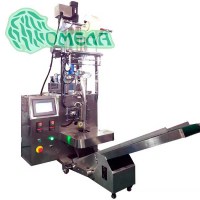 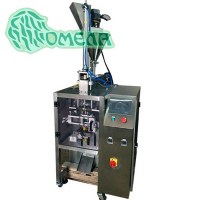 Sachet - [French. sachet pouch], a pillow filled with aromatic substances that is placed between the laundry to give it a pleasant scent. As for the shape, its better to name "the pillow" , but as for the contents, in this type of packing you can find tea and coffee and seasonings and shampoos and spices and much more.

Everyone is probably familiar with the bags of sugar served with tea in railway cars. The sachet can be four-seam, that is, sealed on four sides. There are three-seam sachets. They resemble pieces of paper that are folded and sealed on three sides.

Equipment that makes sachets and doses different products into them can work according to different principles. There are machines that really fold the film in half, seal the complex film from the bottom and, after weighing the product, seal the last seam and cut off the bag. And if someone likes a four-seam bag, a false seam is made at the bend.

There are machines in which two rolls of film are unrolled simultaneously, the unrolled strips of film are pressed against each other, soldered on three sides and, again, after weighing, they are sealed and cut off. In high-performance machines, the process is even more complex. There, usually the film is cut into a certain number of strips and only then bags are made from them. The sachet packing machines can be fitted with different weighers.

When packing liquid products, such as shampoos, a liquid doser is installed, for ground pepper - a screw, etc. The bag can be made with various options. Everyone knows, for example, the notches on the bags, which make it easier to open them.