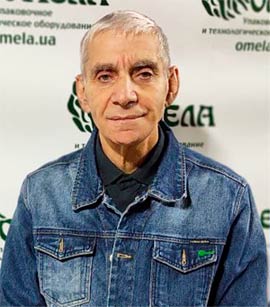 Founder of the company and trade mark "Omela"

Education:
heat and power engineer, mechanic, manager, production organizer. Studied with Academician V.A. Lazaryan. After graduating from universities, had seminars with Merelin Atkinson, one of the IBM coaches, Peter Vritsa, one of the Shell coaches, Jan Ardui, one of the Nestle coaches, etc.

Achievements:
He created a family, which later inspired all success. Raised children, has grandchildren and great-grandchildren.
Being the head of the thermal power plant, he was included in the book of honor of the Olenegorsk mining and processing plant forever.
Invented a new design of a dispenser for bulk products.
He developed the Omela company to the level of an international company, one of the leading in Ukraine. 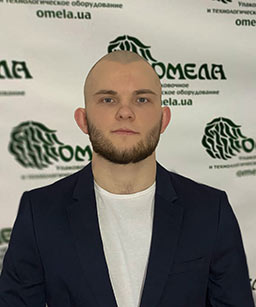 Creative leader with education in management.
Responsible for the coordinated work of all departments.
Differs in communicative abilities and reliability.
Easily generates creative ideas and always on "you" with new technologies. 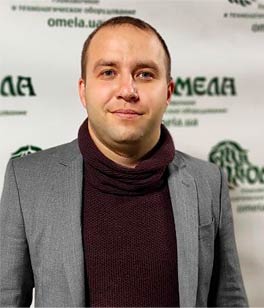 A young, ambitious leader with technical education and extensive experience in the field of complex solutions to production problems and their needs.
In 2019, he joined our team with the aim of developing and increasing production capacity and developing a direction for the comprehensive solution of our clients' problems.
Leads an active and healthy lifestyle.

“Our team members are our pride. They all share values that are important to us and can be relied on.”

B. Babenko,
founder of Omela

We use cookies to ensure that we give you the best experience on our website.Cookie policy
I accept